Children losing their first tooth is an exciting stage in life. They often run to you as soon as their tooth falls out asking if the Tooth Fairy will visit them at night. Most children know about the Tooth Fairy, but many people don’t know where or when this tradition started. The concept surrounding lost baby teeth has been around for centuries. Below we have shared common historical traditions that have helped evolve the Tooth Fairy into the tradition that it is today.

Did you know these facts about the Tooth Fairy? Now when your child asks where the tooth fairy came from, you have answers. Don’t forget to schedule a dental exam and cleaning as soon as your children’s teeth start developing. Please contact our office today to schedule an appointment!

It is recommended by the AAPD (American Academy of Pediatric Dentistry) that children should see a dentist by their first birthday or when their first tooth has erupted- whichever occurs first. This ...

END_OF_DOCUMENT_TOKEN_TO_BE_REPLACED 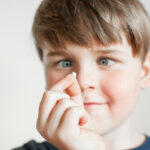 Losing baby teeth is a significant rite of passage for young children, and it can be exciting for kids with hopes that the tooth fairy pays them a visit. But this rite of passage is important for ...

END_OF_DOCUMENT_TOKEN_TO_BE_REPLACED 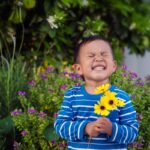 If our children are the future, we have a responsibility to ensure the next generation has the tools and skills they need to succeed. Without question, proper education, quality healthcare, and good ...

END_OF_DOCUMENT_TOKEN_TO_BE_REPLACED

Contact us if you prefer to make a payment via phone, or to request a copy of your statement. If you are having difficulties submitting a payment through this form, please notify us at info@kidsfirstpd.com.